Captures requests and sends them to the WrapAPI service to be turned into APIs. For more information, visit http://wrapapi.com 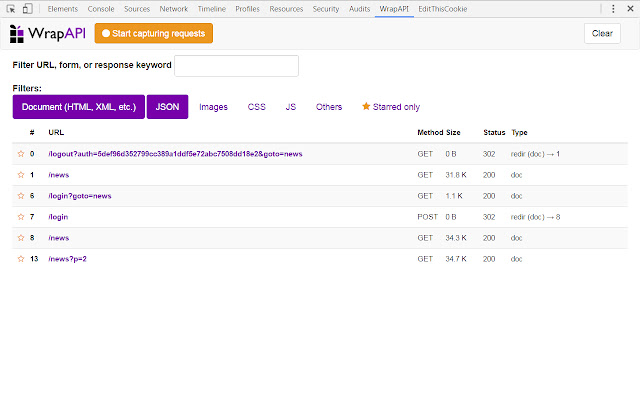 Description from store For more details, visit https://wrapapi.com WrapAPI is a tool to build APIs on top of any existing website, to scrape and extract data or to automate processes. The days of using Chrome DevTools' Network tab or Charles Proxy are over! Visit our website at https://wrapapi.com to learn more.