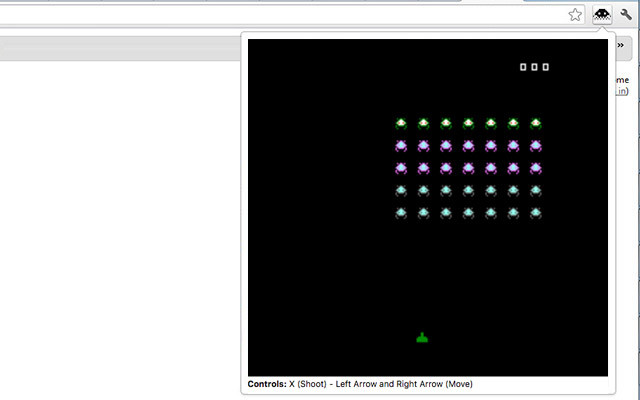 Description from store Each time you'll open a tab you will see (and play) this classic shooter: Space Invaders. It's a very addictive game, just perfect to start your day. Beat the record, destroy all the alien ships that bomb you. Be the hero. Space Invaders is a fixed shooter in which the player controls a laser cannon by moving it horizontally across the bottom of the screen and firing at descending aliens. The aim is to defeat five rows of eleven aliens, although some versions feature different numbers that move horizontally back and forth across the screen as they advance toward the bottom of the screen. The player's laser cannon is partially protected by several stationary defense bunkers the number also varies by version that are gradually destroyed from the top and bottom by blasts from either the aliens or the player. Have fun!