Shows you the counts and avatars of those noisy '+1' comments and hides the original comments. 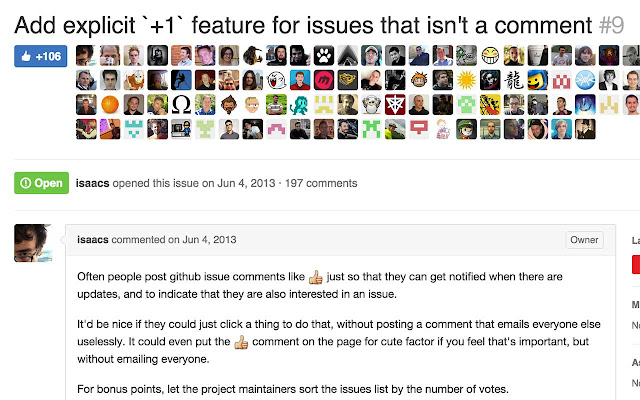