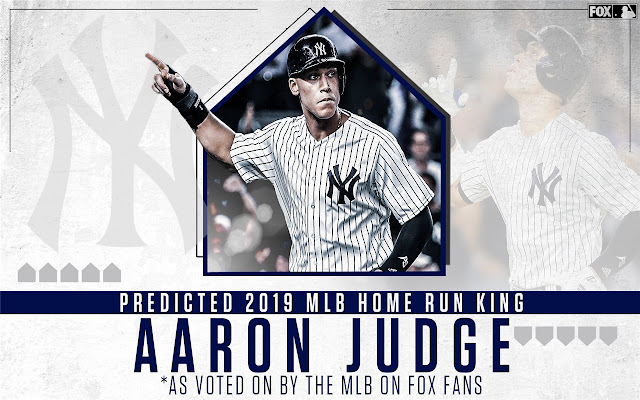 Description from store Aaron James Judge (born April 26, 1992) is an American professional baseball outfielder for the New York Yankees of Major League Baseball (MLB). Judge was unanimously selected as the American League (AL) Rookie of the Year in 2017 and finished second for AL Most Valuable Player. Judge, who played college baseball at California State University, Fresno, was selected by the Yankees in the first round of the 2013 MLB draft. After making his major league baseball debut in 2016 and hitting a home run in his first career at bat, Judge went on to have a record-breaking rookie season in 2017. He was named an All-Star and won the Home Run Derby, becoming the first rookie to do so. Judge ended the season with 52 home runs, breaking Mark McGwire's MLB rookie record of 49 and the Yankees' full-season rookie record of 29 (previously held by Joe DiMaggio). He won the American League (AL) Rookie of the Month Awards for April, May, June and September, as well as the AL's Player of the Month Award for June and September. Judge stands 6 feet 7 inches (2.01 m) tall and weighs 282 pounds (128 kg), which makes him one of the biggest players in the major leagues.Judge is listed at 6 feet 7 inches (2.01 m) and 282 pounds (128 kg). Due to his large size and strength, he has elicited comparisons to Giancarlo Stanton, Richie Sexson, Dave Winfield, and Willie Stargell. The Yankees drafted Judge in the first round of the 2013 Major League Baseball draft with the 32nd overall selection, a pick the team received as compensation after losing Nick Swisher in free agency. Judge made his MLB debut on August 13, 2016, starting in right field against the Tampa Bay Rays. In his first at-bat, Judge hit a home run off Matt Andriese，End-of-season awards for Judge included selection as an outfielder on Baseball America's All-MLB Team, the Players Choice Award for Outstanding AL Rookie, and a Silver Slugger Award. Judge was unanimously voted as the American League Rookie of the Year. He went on to finish second in the voting for the 2017 American League Most Valuable Player Award to José Altuve, receiving two first-place votes, 27 second-place votes and one third-place vote. Judge is a Christian and has posted about his faith on his Twitter account. He keeps a note on his phone that reads ".179", his batting average with the Yankees in 2016, and looks at it daily as a source of motivation. Judge appeared on the cover of the edition of May 15, 2017 of Sports Illustrated. On May 15, 2017, he appeared on an episode of The Tonight Show Starring Jimmy Fallon where he posed undercover to ask Yankee fans questions about himself. On November 6, 2017, it was revealed that Judge would be the cover athlete for MLB The Show 18, as well as an endorsement deal with Pepsi. For the 2018 season, Judge signed an endorsement deal with Adidas, finishing his contract with Under Armour he had since 2014. Judge has earned praise for his humble personality and willingness to be a team player.