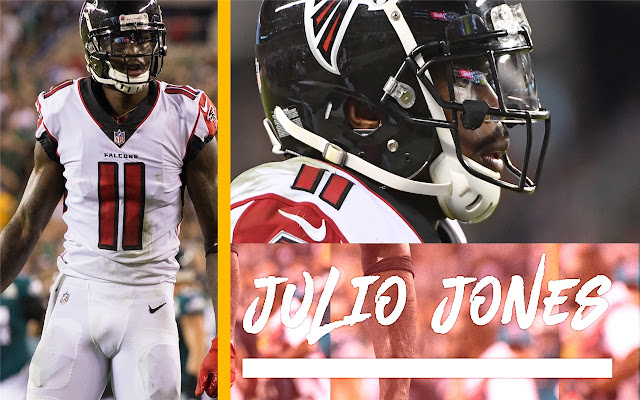 Description from store True Superfan Of Julio Jones?? Enjoy My Cool Backgrounds. After app installation every time you will open a new tab you will see this app Julio Jones new tabs new tab. Julio Jones wallpapers gallery to your chrome and chrome os new tab. After the installation of the extension you'll have a new Julio Jones everytime. Our goal is to bring excellent new tabs to people all over the world. Bring your screen new tab to life delivered by our team to you. Each new tabs is a real masterpiece - install it to find out more! Julio Jones Frise tabs features: pick your favorite wallpaper from a number of available high definition call ghosts wallpapers, or get a new theme on each tab. New imgs & wallpapers are added seamlessly. All pictures are hd & responsive. Support any screen resolution, including (and not limited to) large screens: full hd 1080p - 1080x1920px and ultra hd 4k - 3840x2160px. You��ll never be disappointed with an extension designed by user for users. Quick & effortless accessibility to your most visited web sites like google, facebook, tumblr pinterest and many more. If you want you can even customize your very own easy accesses sites. If you wish to remove this app, it's not a problem. Click on your application icon, look for the app and remove it. Look no further for the perfect place to view your favorite theft Julio Jones tabs. Our Julio Jones application is the undoubtedly awesome you'll find! Enjoying this application? Please rate it. Quintorris Lopez "Julio" Jones is an American football wide receiver for the Atlanta Falcons of the National Football League (NFL). He played college football at Alabama, and was drafted by the Atlanta Falcons sixth overall in the 2011 NFL Draft. During his sophomore season with Alabama in 2009, Jones helped lead the Crimson Tide to an undefeated 14–0 season, including a victory in the 2010 BCS National Championship Game. With the Atlanta Falcons, Jones has been invited to six Pro Bowls, was a first-team All-Pro selection in 2015 after leading the league in receiving yards and receptions, and in 2016 when he helped lead the Atlanta Falcons to Super Bowl LI. Jones was also named second-team All-Pro twice, in 2017 and in 2018 after leading the league in receiving yards. The all-time receiving yards leader for the Falcons, Jones has a rare combination of size (6 ft 3 in and 220 lbs), speed (40-yard dash in 4.39 seconds), catching ability, strength, leaping ability, and body control.Jones has led the league in receiving yards twice in his career, in 2015 with 1,871 yards and in 2018 with 1,677 yards. On November 11, 2018, Jones became the fastest player in NFL history to reach 10,000 career receiving yards. His career average of 96.7 receiving yards per game is the highest in NFL history. He was ranked ninth by his fellow players on the NFL Top 100 Players of 2019.