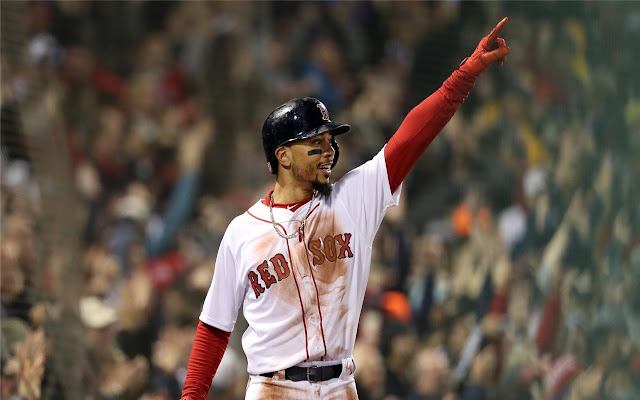 Description from store Markus Lynn "Mookie" Betts (born October 7, 1992) is an American professional baseball right fielder for the Boston Red Sox of Major League Baseball. In 2018 he became the first player in Major League history to win the Most Valuable Player, Silver Slugger, Gold Glove, batting title, and World Series in the same season. Betts was drafted by the Red Sox in 2011, and made his MLB debut in the 2014 season, splitting time between second base and the outfield. He became the Red Sox center fielder in 2014, before moving to right field in 2016. As a relatively short natural second baseman with a high contact rate and a high level of production when pulling the ball, Betts has been compared to fellow Red Sox player Dustin Pedroia. Betts is also a professional tenpin bowler for the Professional Bowlers Association (PBA). He bowled a perfect game in the World Series of Bowling.