Get rid of Helvetica. 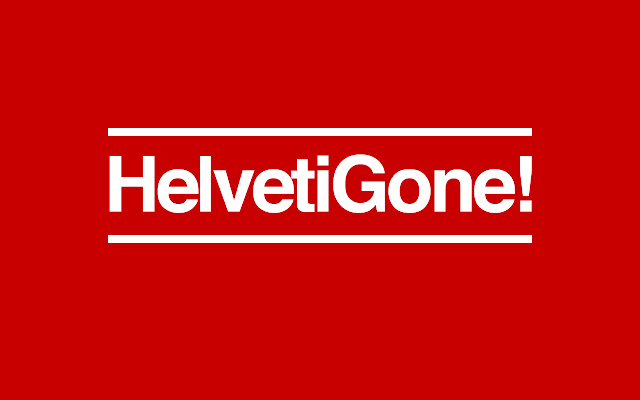 Description from store There are people out there who dislike Helvetica. I am not one of those people. But maybe you are. Maybe you're disgusted by Helvetica's perfectly formed letters and bold yet versatile style. If that's the case, you may find HelvetiGone! useful. When you come across a particularly offending instance of Helvetica, simply click the HelvetiGone! icon in Chrome and it will be scrubbed away.