New tabbed page for suburban wallpapers. The hottest, most popular HD wallpapers for users. Updated daily and exciting every day. 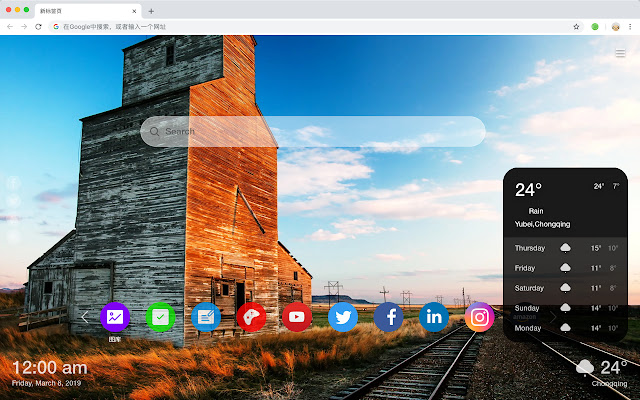 Description from store Suburb refers to the suburb of a city or an area close to a city. Be part of the city's composition. The administrative divisions divide urban areas into urban, suburban, and municipal counties. The suburbs are the administrative administrative zones adjacent to the central urban area (built-up area) within the urban area; the municipal-administered counties are a number of county-level administrative units delineated within the radiation range of the central city according to the municipal county model. Although the county-administered county has a relatively close relationship with the central city, in addition to those serving the city, the counties that provide more agricultural and sideline products can be classified as the outer suburbs. In more cases, the independence of the county economy is more prominent, mostly Not considered a suburb. The geography and history school believes that the suburbs are gradually formed during the long historical process, with the expansion of the city scale, the improvement of urban functions, and the changes of the municipal boundaries. The geographical concept refers to the circular zone surrounding the city and adjacent to the city. Specifically, it is within the municipal boundaries, the idyllic landscape around the urban land and the agricultural and sub-economic zones that serve it are an important part of the city.