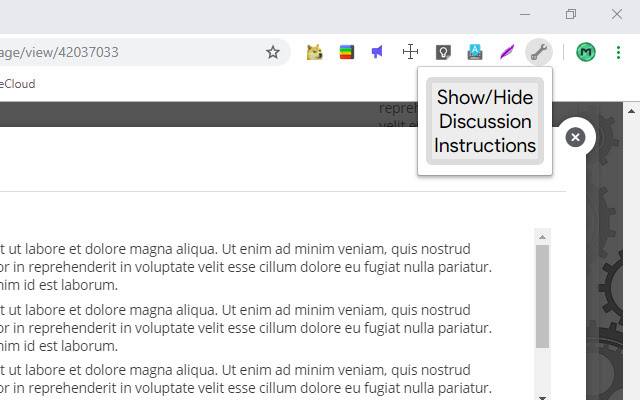 Description from store This extension is designed to allow users to more easily navigate in discussion posts on Powerschool Learning. Currently, a discussion post will always fill at least the top two thirds of the window, making it very difficult to see the actual content of the discussion. This extension fixes that by allowing the user to hide that section with just two clicks. Simply click the extension's icon in the upper right corner of chrome, then click the large button that says "Show/Hide Discussion Instructions." If you want to see the instructions again, just click the button one more time to bring them back. This is a third party extension and is not endorsed by Powerschool Learning. I am just a student whose school uses Powerschool, and I wanted to make it slightly easier to use.