An unknown virus appeared on the planet of cats and transformed many of them into zombies. 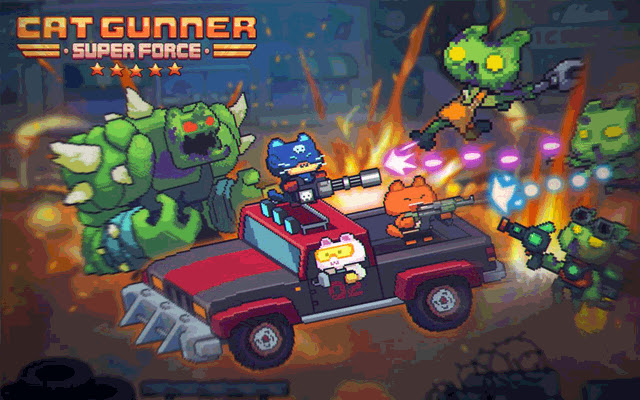 Description from store An unknown virus appeared on the planet where lives a race of cats,and turned many of them into zombies. Now the hordes of monsters are attacking the cities and are hunting the living. You're in the game Cat Gunner vs Zombies will help one of the soldiers cats to fight against them in the streets of the city. Your hero will be armed with a firearm. You are directing their movements if closer to the zombies at a certain distance and open fire to kill.