Tracks all HTTP requests made from the current tab. 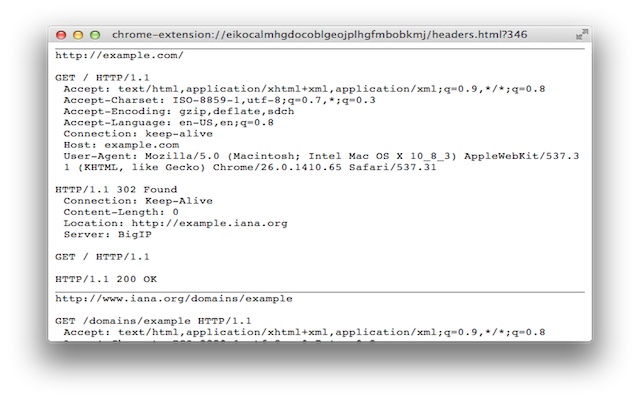 Description from store HTTP Trace is a Chrome version of the LiveHTTPHeaders Firefox plugin. When clicked, it will keep track of all of the HTTP requests/responses from the current tab in a new popup window. This let's you easily see all of the redirects a particular request went through before finally landing on the resulting page.