New tab page for mountain wallpaper. The hottest, most popular HD wallpapers for users. Updated daily and exciting every day. 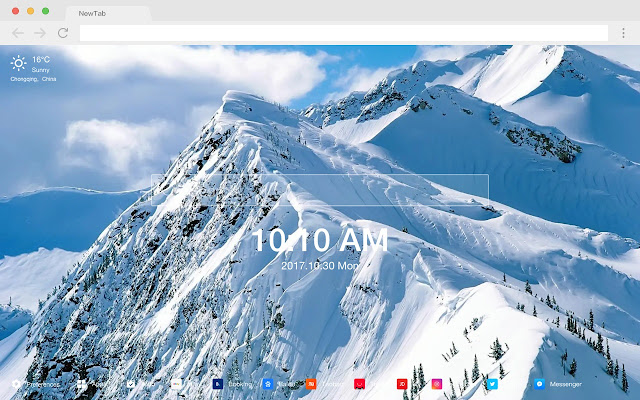 Description from store Mountain ranges generally refer to mountains, which are generally formed by the impact of two plates during crustal movement. The mountain peak refers to the single mountain dust, which is a prominent part of the mountain. For example, the Himalayas are mountains, and its highest peak is Mount Everest. When the two plates are pressed against each other, the protruding one is called an anticline, and the concave one is called a skewed general anticline and becomes a valley. Sometimes the anticline is loose and easy to be eroded into a valley or basin, and the slanting becomes a mountain. Mountain peaks generally refer to pointed peaks and have a certain height, mostly composed of rocks. There are also faults, folds or shovel-like, vertical joint control results, and some are volcanic cones. The highest mountain in the world is Mount Everest, at an altitude of 8844.43 meters, above the Himalayas at the junction of the People's Republic of China and Nepal.