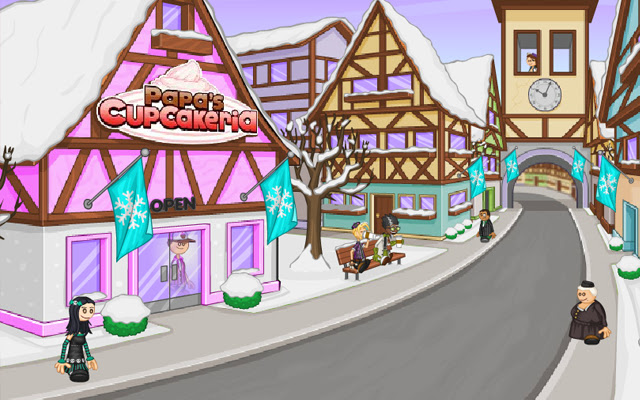 Description from store In Papa's Cupcakeria, make delicious cupcakes, choosing from the colorful base until the type of coverage. Pay close attention to the tips of the Pope and be careful with the decoration of the cupcake. Your cupcake has to be the most beautiful of all!