This Extension will allow you to use the GosuGamers matchticker and streams overview straight from your browser! 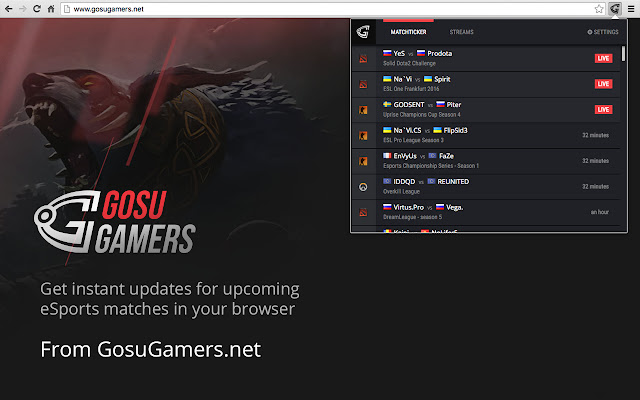 Description from store The Official GosuGamers Chrome Extension is the portable version of the match ticker that you’d find on our website. Customize the settings to track only the games that you follow. With an easy to navigate sleek looking design, following esports has never been easier! That means whether you follow Dota 2, CS:GO, Hearthstone, Heroes of the Storm, League of Legends, Overwatch or Starcraft II, you’ll easily be able to see when a match goes live and a simple click will take you directly to the match page to start watching!