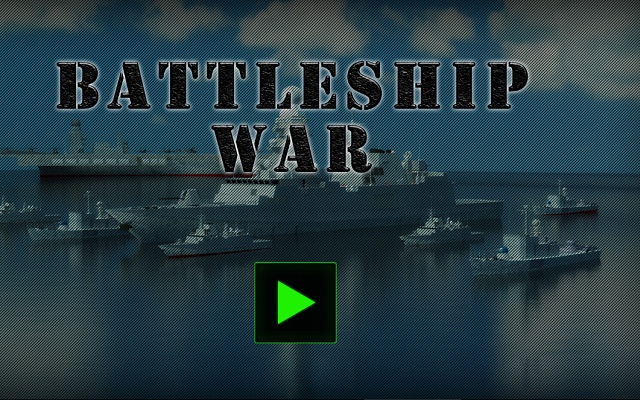 Description from store Play Battleship ("Sea Battle") against the computer with cool graphics and some advanced features. Battleship (also Battleships or Sea Battle) is a guessing game for two players. It is played on ruled grids (paper or board) on which the players' fleets of ships (including battleships) are marked. The locations of the fleet are concealed from the other player. Players alternate turns calling "shots" at the other player's ships, and the objective of the game is to destroy the opposing player's fleet. The game is played on four grids, two for each player. The grids are typically square – usually 10×10 – and the individual squares in the grid are identified by letter and number. On one grid the player arranges ships and records the shots by the opponent. On the other grid the player records their own shots. Before play begins, each player secretly arranges their ships on their primary grid. Each ship occupies a number of consecutive squares on the grid, arranged either horizontally or vertically. The number of squares for each ship is determined by the type of the ship. The ships cannot overlap (i.e., only one ship can occupy any given square in the grid). The types and numbers of ships allowed are the same for each player. These may vary depending on the rules. After the ships have been positioned, the game proceeds in a series of rounds. In each round, each player takes a turn to announce a target square in the opponent's grid which is to be shot at. The opponent announces whether or not the square is occupied by a ship, and if it is a "miss", the opponent player marks their primary grid with a white peg; if a "hit" they mark this on their own primary grid with a red peg. The attacking player notes the hit or miss on their own "tracking" grid with the appropriate color peg (red for "hit", white for "miss"), in order to build up a picture of the opponent's fleet. When all of the squares of a ship have been hit, the ship is sunk, and the ship's owner announces this (e.g. "You sank my battleship!"). If all of a player's ships have been sunk, the game is over and their opponent wins. Battleship is known worldwide as a pencil and paper game which dates from World War I. It was published by various companies as a pad-and-pencil game in the 1930s, and was released as a plastic board game by Milton Bradley in 1967. We created an electronic version with very advanced graphics: when you shoot your enemy, you will see missiles animated. When a boat is sank, you will see a matching animation. We have also improved the game with an advanced airplane bombing. We hope you enjoy it!

This War of Mine Game Wallpapers HD New Tab
9
6