Save Replays from within TagPro Games 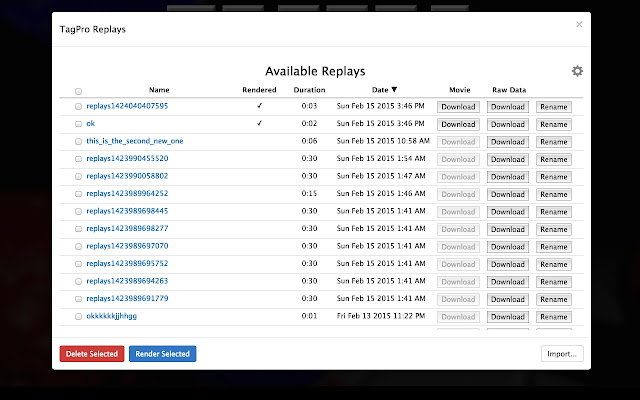 Description from store Record yourself playing TagPro! This extension is always recording when you're in-game, just tell it when you want to save and then access your replay from the menu accessible from any TagPro server home page. Preview your replays, edit, and then render them so you can upload and share with friends. Hover over buttons in the menu for some basic instructions. See latest changes in the release notes: https://github.com/chrahunt/TagProReplays/releases/latest Search for and submit any issues here: https://github.com/chrahunt/TagProReplays/issues Privacy Policy: https://docs.google.com/document/d/1ad8kZ9s5nL5ZHyhPMzKKoNspOg4VnOOddFNkNWXMKrQ Note: This is not an official product of, officially affiliated with, or endorsed/supported by TagPro or Koalabeast.