The game offers 10 weapons, 3 modes (Zombies infection, Death Match and Tea Death Match), so there is a lot for you to explore 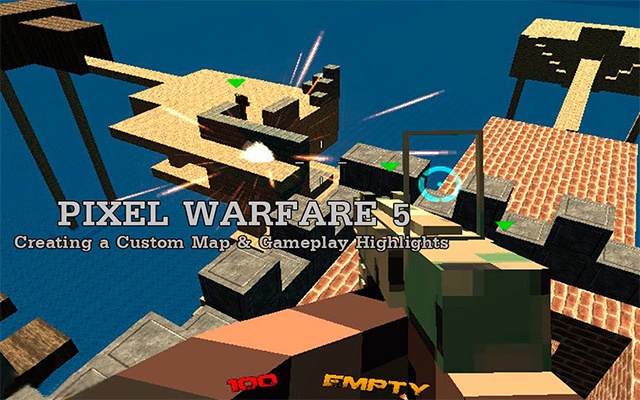 Description from store Pixel Warfare 5 is a milestone in the Pixel Warfare series in multiple ways: you can now change and build the game via the built-in map editor. This lets you create new maps, as well as edit existing maps! The game offers 10 weapons, 3 modes (Zombies infection, Death Match and Tea Death Match), so there is a lot for you to explore. Have fun with this sequel of Pixel Warfare 4! During each battle you must fight against other players and try to rack up as many kills as possible. Weapons include your bare hands, a knife, a pistol, two different shotguns and a sniper rifle. The games can be as large as 10 vs 10 so the action is intense and you must keep moving and shooting to survive. If you have a vivid imagination, you can also create your own levels using this amazing level editor! Jump into this pixelated world and start fighting today!