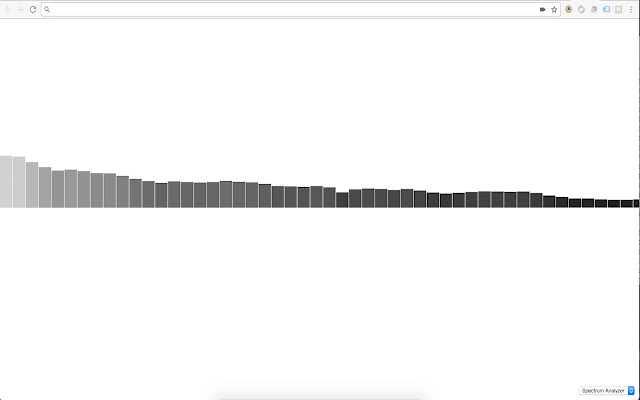 Description from store This extension replaces the vanilla New Tab screen with very simple audio visualizations. The visualization is generated from the audio captured through the microphone or whichever audio source is selected the first time New Tab loads. Its easy to choose between the three visualizations that are part of the extension or simply turn them off if it becomes too much. For those who love to watch things moving with their music, they are going to love it.