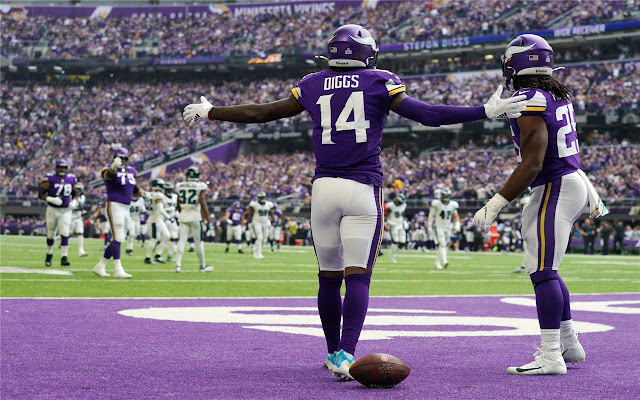 Description from store True Superfan Of Stefon Diggs?? Enjoy My Cool Backgrounds. After app installation every time you will open a new tab you will see this app Stefon Diggs's new tabs new tab. Stefon Diggs wallpapers gallery to your chrome and chrome os new tab. After the installation of the extension, you'll have a new Stefon Diggs every time. Our goal is to bring excellent new tabs to people all over the world. Bring your screen new tab to life delivered by our team to you. Each new tab is a real masterpiece - install it to find out more! Stefon Diggs Frise tabs features: pick your favorite wallpaper from some available high definition call ghosts wallpapers, or get a new theme on each tab. New images & wallpapers are added seamlessly. All pictures are HD & responsive. Support any screen resolution, including (and not limited to) large screens: full HD 1080p - 1080x1920px and ultra HD 4k - 3840x2160px. You��'ll never be disappointed with an extension designed by users for users. Quick & effortless accessibility to your most visited web sites like Google, Facebook, Tumblr Pinterest and many more. If you want you can even customize your very own easy access sites. If you wish to remove this app, it's not a problem. Click on your application icon, look for the app and remove it. Look no further for the perfect place to view your favorite theft Stefon Diggs tabs. Our Stefon Diggs application is undoubtedly awesome you'll find! Enjoying this application? Please rate it. Stefon Mar'Sean Diggs is an American football wide receiver for the Minnesota Vikings of the National Football League (NFL). He was drafted by the Vikings in the fifth round of the 2015 NFL Draft. He played college football at Maryland. Diggs was selected in the 5th round, 146th overall by the Minnesota Vikings in the 2015 NFL Draft.On January 19, 2016, Diggs was named to the Pro Football Writers of America's (PFWA) 2015 NFL All-Rookie team. Despite being inactive for the first three games of the 2015 campaign, Diggs led the Vikings in receptions with 52 and receiving yards with 720 yards including 13 receptions of 20+ yards. It was the 2nd-most receiving yardage by a rookie that year behind Raiders' wideout Amari Cooper. On September 11, 2017, in the season opener against the New Orleans Saints on Monday Night Football, Diggs caught seven receptions for 93 yards and two touchdowns. During Week 3 against the Tampa Bay Buccaneers, Diggs posted an impressive performance with 173 receiving yards and two touchdowns as the Vikings won by a score of 34–17. With 98 more yards in a Week 4 loss to the Detroit Lions, he led the NFL in receiving yards. In the Week 5 victory against the Chicago Bears, Diggs would only record a single catch for four yards, leaving the field early with a groin injury. The groin injury would sideline Diggs for both the Week 6 victory against the Green Bay Packers and the Week 7 matchup against the Baltimore Ravens. Even after missing two straight games, Diggs would remain 13th on the list for receiving yards. In 14 starts, Diggs finished with 849 receiving yards and 8 touchdowns. The Vikings finished the 2017 season with a 13–3 record, clinching the NFC North division and a bye in the first round of the playoffs. In the NFC divisional round against the New Orleans Saints, Diggs finished with 137 receiving yards and a touchdown. With only 10 seconds remaining in the fourth quarter, Diggs made the winning play with a 61-yard touchdown, giving the Vikings a dramatic 29–24 win, dubbed the "Minneapolis Miracle".In the NFC Championship against the Philadelphia Eagles, he had eight receptions for 70 yards in the 38–7 loss. He was ranked 65th on the NFL Top 100 Players of 2018. In the 2019 season,In the 2019 season, In Week 2 against the Green Bay Packers, Diggs caught 1 pass for a 49-yard touchdown as the Vikings lost 16-21. In Week 4 against the Chicago Bears, Diggs caught 7 passes for 108 yards in the 16-6 loss. During the Week 6 38-20 win over the Philadelphia Eagles, Diggs caught 7 passes for an NFL-best 167 yards and career-best three touchdowns, becoming just the third Viking and the first since 2003 with three receiving touchdowns in a game. During Week 7 against the Detroit Lions, Diggs caught 7 passes for 143 receiving yards as the Vikings won 42-30. During Thursday Night Football against the Washington Redskins in Week 8, Diggs caught 7 passes for 143 receiving yards for the second straight week and a lost fumble as the Vikings won 19-9. During Week 11 against the Denver Broncos, Diggs finished with 5 receptions for 121 yards, including a 54-yard touchdown. Trailing 0-20 towards halftime, the Vikings came back and narrowly won 27-23. In the Divisional Round of the playoffs against the San Francisco 49ers, Diggs caught 2 passes for 57 yards, including a 41-yard touchdown reception, during the 27–10 loss.