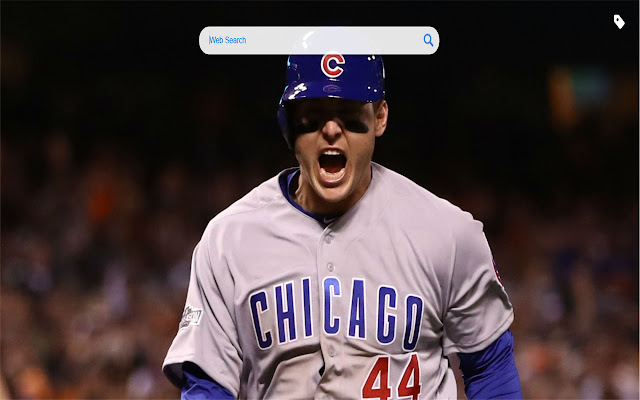 Description from store True Superfan Of Anthony Rizzo ?? Enjoy My Cool Backgrounds. After app installation every time you will open a new tab you will see this app Anthony Rizzo 's new tabs new tab. Anthony Rizzo wallpapers gallery to your chrome and chrome os new tab. After the installation of the extension, you'll have a new Anthony Rizzo every time. Our goal is to bring excellent new tabs to people all over the world. Bring your screen new tab to life delivered by our team to you. Each new tab is a real masterpiece - install it to find out more! Anthony Rizzo Frise tabs features: pick your favorite wallpaper from some available high definition call ghosts wallpapers, or get a new theme on each tab. New images & wallpapers are added seamlessly. All pictures are HD & responsive. Support any screen resolution, including (and not limited to) large screens: full HD 1080p - 1080x1920px and ultra HD 4k - 3840x2160px. You��'ll never be disappointed with an extension designed by users for users. Quick & effortless accessibility to your most visited web sites like Google, Facebook, Tumblr Pinterest and many more. If you want you can even customize your very own easy access sites. If you wish to remove this app, it's not a problem. Click on your application icon, look for the app and remove it. Look no further for the perfect place to view your favorite theft Anthony Rizzo tabs. Our Anthony Rizzo application is undoubtedly awesome you'll find! Enjoying this application? Please rate it. Anthony Vincent Rizzo (born August 8, 1989) is an American professional baseball first baseman for the Chicago Cubs of Major League Baseball (MLB). He has also played in MLB for the San Diego Padres. He is a three-time All-Star. Through his philanthropic ventures, he is a regular finalist for the Heart and Hustle award and is considered by many to be one of the most respected players in Major League Baseball. Rizzo was selected by the Boston Red Sox in the sixth round of the 2007 MLB draft and became a top minor league prospect in the Red Sox organization. He was traded to the San Diego Padres after the 2010 season along with three other prospects in exchange for All-Star first baseman Adrián González. He made his MLB debut in 2011 with San Diego. After being traded to the Cubs in 2012, he developed into an All-Star player, appearing in the All-Star Game three consecutive times, from 2014 through 2016, and winning the Silver Slugger Award, Gold Glove Award, and Roberto Clemente Award in 2016, when the Cubs won the World Series. Rizzo was a sixth-round draft choice out of Marjory Stoneman Douglas High School in Parkland, Florida in the 2007 Major League Baseball draft by the Red Sox. He was heading for Florida Atlantic University before he was drafted and signed, with a $325,000 signing bonus. Rizzo played in the Red Sox organization with the Gulf Coast League Red Sox, Greenville Drive, Salem Red Sox, and the Portland Sea Dogs. Rizzo hit 12 home runs in 2009.[4] In 2010, he hit a combined .260 with an on-base percentage (OBP) of .334 and a slugging percentage (SLG) of .480 along with 42 doubles, 25 home runs and 100 RBIs between stops at High-A Salem and Double-A Portland.[3] Rizzo credited the easing of his swing and making better use of his legs for his power surge. On December 6, 2010, Rizzo was traded along with Casey Kelly, Reymond Fuentes, and Eric Patterson to the Padres for three-time All-Star first baseman Adrián González. Rizzo was considered the third-best prospect (Kelly was #1) and the best power-hitting prospect in the Red Sox organization. Kevin Boles, Rizzo's manager at Salem, also previously managed González in the minors. Boles said, "Rizzo reminds me a lot of Adrián González ... Rizzo is a bigger kid and has a little more power, Adrian is a little more of a contact hitter, but they had very similar styles of play ... We thought very highly of Anthony Rizzo. He's going to be a heck of a player." Padres General Manager Jed Hoyer expected either Rizzo or Kyle Blanks to eventually be the Padres major league starting first baseman. The Padres invited Rizzo as a non-roster player to their major league camp for the 2011 Spring training. He started the 2011 season in Triple-A with the Tucson Padres. In his first 15 games, Rizzo hit .452 with six home runs and 24 RBIs. In May 2011, The San Diego Union-Tribune wrote that Rizzo's debut in the Major Leagues might be delayed by the Padres despite the club's hitting deficiencies due to cost considerations created by the "Super Two" exception for salary arbitration eligibility. The team cited Rizzo's lack of experience above Double-A and his limited exposure to left-handed pitching as benefits of his continuing to play in Tucson. On January 6, 2012, the Padres traded Rizzo and right-handed starting pitcher Zach Cates to the Chicago Cubs in exchange for right-handed starting pitcher Andrew Cashner and outfielder Kyung-Min Na. The deal was negotiated by Jed Hoyer, the Cubs' general manager. Hoyer had also drafted Rizzo while working as an assistant general manager for the Red Sox and later acquired Rizzo while he was the Padres' general manager. He blamed himself for calling up Rizzo to the majors too early in San Diego.