The boy is running through the narrow streets of the city to avoid being caught by the police. 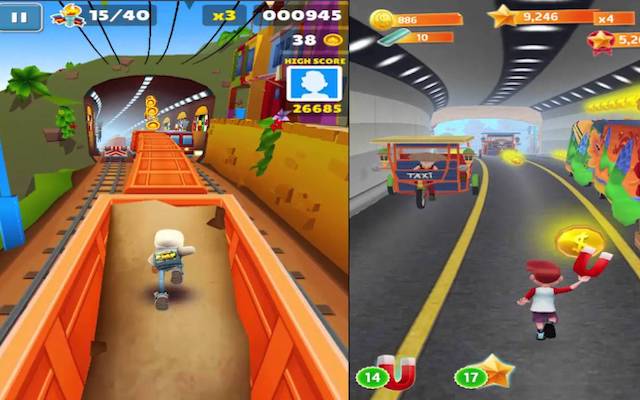 Description from store Bus Surfers game with arrow keys and "A, S, D, W" keys are played. Using these keys, you can move the child running left or right, jump over obstacles or lean under them. The police are chasing anyone who wants to punish the boy who broke the window while playing. The boy is running through the narrow streets of the city to avoid being caught by the police. In addition, this event coincides with heavy bus traffic. The child passes the right or left lanes to avoid being caught under the oncoming buses while running. In addition, he earns points by collecting the gold coins against him. When the energy runs out or decreases, it starts to run faster by taking energy boxes. Play the subway surfers game with the magnet feature by pulling all of the gold on you. You can burn in your slightest mistake or your first mistake. So the first obstacle or bus you hit could cost you your life. Play Bus Surfers by moving carefully and serially for it.