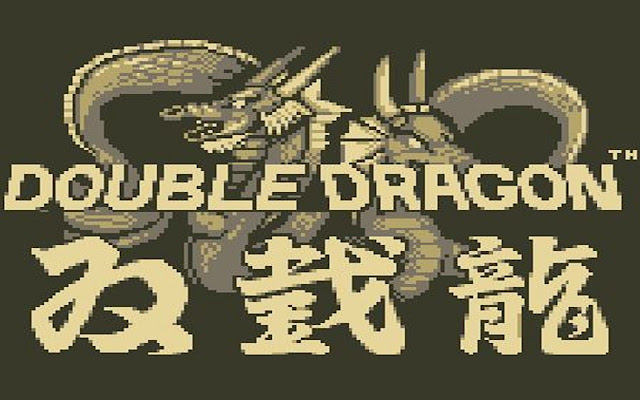 Description from store A revolutionary and super - popular arcade game since its debut in 1987, Double Dragon is the undisputed godfather of the beat them all cooperative! Double Dragon is a videogame released for recreational machines in 1987, developed by Technos Japan, belonging to the genus beat them up (fights against several rivals). Its distribution in Europe and North America is carried it out by Taito. The title is considered an unofficial successor to the game Renegade Technos, similar theme. Double Dragon achieved great success in the arcades and began a period of great popularity for the beat them up, both recreational and consoles. It is currently considered as a classic. Arcade version of Double Dragon As in most recreational, you could play solo being the first or second player, Billy or Jimmy Lee in this case. The controls of the original version consist of three buttons, two for attacks (punch and kick) next to a third to jump, either to attack or dodge obstacles, next to the directions of movement. Combining these buttons and directions you can do more attacks, such as elbowing back, pressing punch and jump at once, knocking down enemies with a single blow, in addition to making you practically invulnerable while throwing (due to their effectiveness many players constantly used this technique to pass the game easily, which made it fit better in the conversions and sequels of the title). Pressing jump and kick at the same time we would execute a kick in back jump, although less effective than the elbow. If we press the kick button during a jump forward or back we would kick a jump, twice forward allows us to throw a head butt that knocks down most of the enemies, and if we strike several punches or kicks an opponent this is stunned, at which point we can throw an uppercut, a semicircular approach to kick or grab, where to give kneeing or throw it on the floor. Phases you can face in Double Dragon There are four phases, called missions in the game: the city, a factory, a forest and the hideout of the Black Warriors. The first three phases are linked as a single area, so that at the end of each mission players simply move to the next phase in a short automatic transition. On the contrary, at the end of the third mission the players automatically enter a door to go to the next phase.