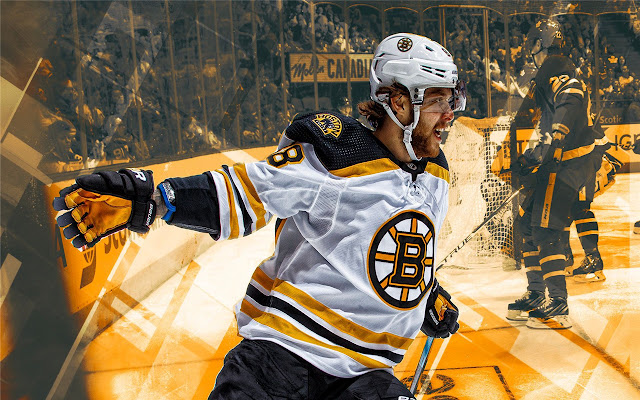 Description from store True Superfan Of David Pastrňak ?? Enjoy My Cool Backgrounds. After app installation every time you will open a new tab you will see this app David Pastrňak 's new tabs new tab. David Pastrňak wallpapers gallery to your chrome and chrome os new tab. After the installation of the extension, you'll have a new David Pastrňak every time. Our goal is to bring excellent new tabs to people all over the world. Bring your screen new tab to life delivered by our team to you. Each new tab is a real masterpiece - install it to find out more! David Pastrňak Frise tabs features: pick your favorite wallpaper from some available high definition call ghosts wallpapers, or get a new theme on each tab. New images & wallpapers are added seamlessly. All pictures are HD & responsive. Support any screen resolution, including (and not limited to) large screens: full HD 1080p - 1080x1920px and ultra HD 4k - 3840x2160px. You��'ll never be disappointed with an extension designed by users for users. Quick & effortless accessibility to your most visited web sites like Google, Facebook, Tumblr Pinterest and many more. If you want you can even customize your very own easy access sites. If you wish to remove this app, it's not a problem. Click on your application icon, look for the app and remove it. Look no further for the perfect place to view your favorite theft David Pastrňak tabs. Our David Pastrňak application is undoubtedly awesome you'll find! Enjoying this application? Please rate it. David Pastrňák is a Czech professional ice hockey right winger for the Boston Bruins of the National Hockey League (NHL). Nicknamed "Pasta”, he was selected by the Bruins in the first round, 25th overall, of the 2014 NHL Entry Draft. During the 2011–12 season, Pastrňák led the Czech under-18 league in goals (41) and points (68). After being drafted by the Boston Bruins in the 25th pick overall in the 2014 NHL Entry Draft, Pastrňák signed a three-year, entry-level contract on 15 July 2014. Pastrňák attended the Bruins' training camp for the 2014–15 season before being assigned to the Providence Bruins, the team's American Hockey League (AHL) affiliate, on 7 October 2014. He made his NHL debut with the Bruins on 24 November, logging 7:53 of ice time in a 3–2 overtime loss to the Pittsburgh Penguins. He scored the first two goals of his NHL career against Ray Emery on 10 January 2015, as the initial pair of goals resulting in a 3–1 Bruins' road win over the Philadelphia Flyers. On 29 March, Pastrňák became the youngest Bruins' player in history to score overtime, game-winning goal in regular-season play in Boston's 2–1 road win over the Carolina Hurricanes. At the end of the season, he was one of just two players selected in the 2014 NHL Entry Draft to play in more than 40 NHL games during the 2014–15 season, and along with fellow Bruins' rookie Ryan Spooner, led the team in offense during the last 20 games of the season. During the closing months of the 2017–18 season, on 13 March 2018, Pastrňák scored his first NHL hat-trick during a come-from-behind 6–4 Bruins' road win over the Carolina Hurricanes. On 14 April, Pastrňák recorded another hat-trick along with three assists in a 7–3 home win over the Toronto Maple Leafs in game two of the Bruins' First Round series during the 2018 playoffs. He also became the youngest player in NHL history to score six points in a single playoff game beating Wayne Gretzky's record. The Bruins defeated the Maple Leafs in seven games but lost to the Tampa Bay Lightning in the Second Round. During the 2018–19 season, Pastrňák played in his first NHL Winter Classic against the Chicago Blackhawks, scoring a goal to help the team win 4–2. On 2 January it was announced Pastrňák would appear in his first National Hockey League All-Star Game. On 16 January 2019, in a game against the Philadelphia Flyers Pastrňák became the all-time leader for most goals in Boston Bruins history before the age of 23 passing Barry Pederson. Pastrňák won the 2019 NHL All-Star Skills Competition Accuracy Shooting hitting five targets in 11.309 seconds. On 31 January 2019, in a game against the Philadelphia Flyers Pastrňák scored 2 goals including his 30th of the season becoming the first player in Bruins history to record three 30+ goal seasons before the age of 23 passing the two of Bobby Orr, Cam Neely, and Barry Pederson. However, after recording 66 points so far that season, Pastrňák injured a tendon in his left thumb and was listed to be out for two weeks. By March 19, Pastrňák's left thumb tendon had healed enough for his return to NHL play, and by his fifth game back from being sidelined, on March 27 he scored his third career hat-trick, his latest coming against the New York Rangers with two assists in setting a career-high five-point night; on the way to a 6–3 Bruins home-ice victory. The beginning of the 2019–20 NHL season would see Pastrňák notch the first four-goal game of his career, in a 4–2 home victory over the Anaheim Ducks. This matched a team record for most goals in a game by a Bruins player, the 25th time in team history. Pastrňák has represented the Czech Republic's national teams at every level and has led his team in scoring numerous times. He won bronze at the 2013 Ivan Hlinka Memorial Tournament and in 2014 he won silver at the 2014 IIHF World U18 Championships. In 2016, he joined the Czech Republic national team for the first time at the 2016 IIHF World Championship where the team finished fifth. He also represented the Czech Republic at the 2016 World Cup of Hockey. Following the Bruins' defeat by the Tampa Bay Lightning in the Second Round of the 2018 playoffs, Pastrňák was invited to participate at the 2018 IIHF World Championship.