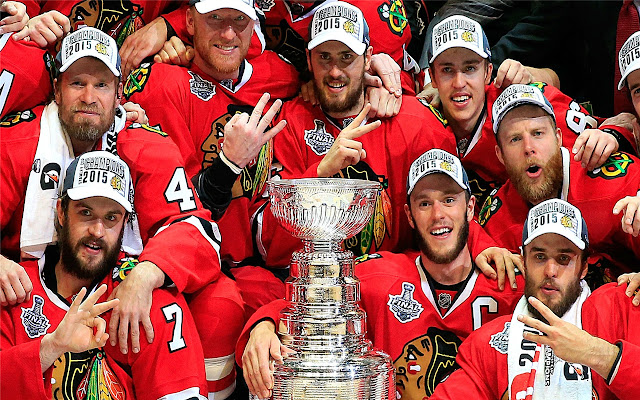 Description from store True Superfan Of Chicago Blackhawks ?? Enjoy My Cool Backgrounds. After app installation every time you will open a new tab you will see this app Chicago Blackhawks' new tabs new tab. Chicago Blackhawks wallpapers gallery to your chrome and chrome os new tab. After the installation of the extension, you'll have a new Chicago Blackhawks every time. Our goal is to bring excellent new tabs to people all over the world. Bring your screen new tab to life delivered by our team to you. Each new tab is a real masterpiece - install it to find out more! Chicago Blackhawks Frise tabs features: pick your favorite wallpaper from some available high definition call ghosts wallpapers, or get a new theme on each tab. New images & wallpapers are added seamlessly. All pictures are HD & responsive. Support any screen resolution, including (and not limited to) large screens: full HD 1080p - 1080x1920px and ultra HD 4k - 3840x2160px. You��'ll never be disappointed with an extension designed by users for users. Quick & effortless accessibility to your most visited web sites like Google, Facebook, Tumblr Pinterest and many more. If you want you can even customize your very own easy access sites. If you wish to remove this app, it's not a problem. Click on your application icon, look for the app and remove it. Look no further for the perfect place to view your favorite theft Chicago Blackhawks tabs. Our Chicago Blackhawks application is undoubtedly awesome you'll find! Enjoying this application? Please rate it. The Chicago Blackhawks (spelled Black Hawks until 1986, and known colloquially as the Hawks) are a professional ice hockey team based in Chicago. They compete in the National Hockey League (NHL) as a member of the Central Division of the Western Conference. They have won six Stanley Cup championships since their founding in 1926. The Blackhawks are one of the "Original Six" NHL teams along with the Detroit Red Wings, Montreal Canadiens, Toronto Maple Leafs, Boston Bruins and New York Rangers. Under Rocky Wirtz, the Blackhawks won the Stanley Cup three times between 2010 and 2015. The Blackhawks' roster experienced another dramatic reconstruction before the 2015–16 season. The team was unable to come to terms with pending free agent Brandon Saad, who had played a pivotal role in the 2015 playoffs. The Blackhawks traded Saad's negotiation rights to the Columbus Blue Jackets in exchange for Artem Anisimov, Marko Dano, Corey Tropp, Jeremy Morin and a fourth-round draft pick in the 2016 NHL Entry Draft. The team then traded long-time veteran and fan-favorite Patrick Sharp to the Dallas Stars in exchange for Trevor Daley and forward Ryan Garbutt in order to stay under the salary cap. The Blackhawks offense was led by Patrick Kane, who scored an NHL-best 106 points in 2015–16 and also won the season's Hart Memorial Trophy as league MVP. Panarin, who skated on Kane's line, won the Calder Memorial Trophy, awarded to the NHL's best first-year player. Midway through the season, the Blackhawks attempted to supplement their roster by making several trades. The Blackhawks dealt Jeremy Morin to the Toronto Maple Leafs in exchange for Richard Panik. The team then reacquired Andrew Ladd from the Winnipeg Jets in exchange for their first-round selection in the 2016 NHL Entry Draft and Marko Dano. The team then traded Phillip Danault and their 2018 second-round pick to the Montreal Canadiens in exchange for forwards Dale Weise and Tomas Fleischmann. The Blackhawks were defeated by the St. Louis Blues in a seven-game series in the first round of the 2016 playoffs. Patrick Kane spearheaded the Blackhawks offense with 34 goals and 55 assists, tying for second in scoring during the regular season among all skaters. He was aided by his linemate, Panarin, who scored 31 goals and 43 assists. In addition to Kane and Panarin, Jonathan Toews, Marian Hossa, Artem Anisimov, and Richard Panik all scored at least 20 goals. Toews, Kane, Duncan Keith and Corey Crawford were also selected to play in the All-Star Game. The Blackhawks finished the season with 109 points, placing first in the Central Division and earning the top-seed in the Western Conference for the 2017 playoffs. However, they were swept in the first round by the eighth-seeded Nashville Predators in one of the biggest upsets in NHL playoff history; this was the first time that an eighth seed swept a playoff series against the top team in the conference. Prior to the 2017–18 season, The team made two major trades before the 2017 NHL Entry Draft; veteran defenseman Niklas Hjalmarsson was dealt with the Arizona Coyotes in exchange for Connor Murphy and Laurent Dauphin, while Artemi Panarin was traded to the Columbus Blue Jackets to reacquire Brandon Saad in a four-player deal. The team also traded goaltender Scott Darling to the Carolina Hurricanes and center Marcus Kruger to the Vegas Golden Knights, while also lost defensemen Trevor van Riemsdyk to the Golden Knights in the 2017 NHL Expansion Draft and Brian Campbell, who retired. The Blackhawks opened the 2017–18 season with a resounding 10–1 victory over the Pittsburgh Penguins.