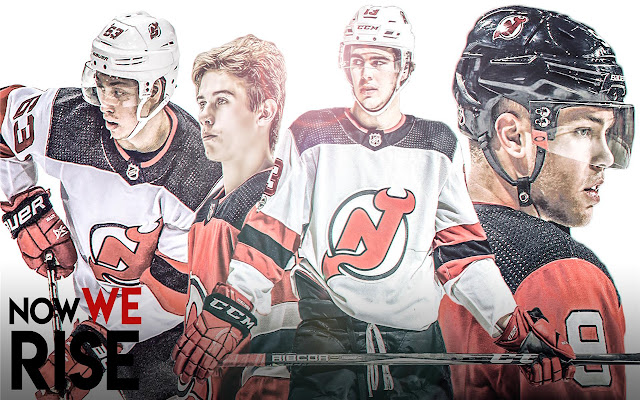 Description from store True Superfan Of New Jersey Devils ?? Enjoy My Cool Backgrounds. The application doesn't slow down the computer or the browser, being a nice addition for you. New Jersey Devils HD Wallpaper & 4K Background Chrome New Tab Theme is an extension made by fans for fans and the copyright belongs to the respective owners of the material. It is unofficial and if there should be any problem please alert us and we will resolve it. After app installation every time you will open a new tab you will see this app New Jersey Devils' new tabs new tab. New Jersey Devils wallpapers gallery to your chrome and chrome os new tab. After the installation of the extension, you'll have a new New Jersey Devils every time. Our goal is to bring excellent new tabs to people all over the world. Bring your screen new tab to life delivered by our team to you. Each new tab is a real masterpiece - install it to find out more! New Jersey Devils Frise tabs features: pick your favorite wallpaper from some available high definition call ghosts wallpapers, or get a new theme on each tab. New images & wallpapers are added seamlessly. All pictures are HD & responsive. Support any screen resolution, including (and not limited to) large screens: full HD 1080p - 1080x1920px and ultra HD 4k - 3840x2160px. You��'ll never be disappointed with an extension designed by users for users. Quick & effortless accessibility to your most visited web sites like Google, Facebook, Tumblr Pinterest, and many more. If you want you can even customize your very own easy access sites. If you wish to remove this app, it's not a problem. Click on your application icon, look for the app, and remove it. It does not access your private data. Chrome shows the warning for all extensions that access browser tabs even if they do not access any private data. Enjoying this application? Please rate it. The New Jersey Devils are a professional ice hockey team based in Newark, New Jersey. They compete in the National Hockey League (NHL) as a member of the Metropolitan Division of the Eastern Conference. The Devils have a rivalry with their cross-Hudson River neighbor, the New York Rangers, as well as a rivalry with the Philadelphia Flyers. The Devils are one of three NHL teams in the New York metropolitan area; the other two teams are the New York Islanders and New York Rangers. With the move of the New Jersey Nets to Brooklyn in 2012, the franchise is the only major league team in any sport that explicitly identifies itself as a New Jersey team. New Jersey Devils has performed poorly in recent seasons. The 2017–18 season, They used this pick to select Nico Hischier who was also the first Swiss player to be selected first overall. Taylor Hall set a Devils record for the longest point streak at 26 games, which is also the longest point streak in the 2017–18 season. The team also set their best start in franchise history, going 9–2–0 in their first 11 games of the season. This season also saw the team trade Adam Henrique in exchange for Sami Vatanen and also acquired Patrick Maroon and Michael Grabner. the team recorded its best start in franchise history, going 9–2–0 in their first 11 games of the season. Forward Taylor Hall set the franchise record for points in consecutive games, recording a point in 26 straight appearances. Hall finished the season sixth in the NHL in points (93) and earned nominations for the Hart Memorial Trophy for the league's most valuable player and the Ted Lindsay Award for the NHL's most outstanding player. On the back of Hall's impressive performance and with aid from goaltender Keith Kinkaid and rookie Hischier, the Devils clinched a playoff spot for the first time since the 2011–12 season with a win over the Toronto Maple Leafs. The Devils' playoff run ended in the First Round where they lost 4–1 to the Tampa Bay Lightning in a seven-game series. After the conclusion of the playoffs, Hall became the first player in franchise history to win the Hart Memorial Trophy. The Devils failed to return to the playoffs in the 2018–19 season as they struggled. Plagued by injuries, including reigning MVP Taylor Hall being sidelined with a knee injury for nearly 50 games, the Devils finished 15th in the Eastern Conference with 72 points. In the subsequent draft lottery, the team received the first overall selection in the 2019 NHL Entry Draft for the second time in three years. The Devils used this pick to select Jack Hughes first overall. In the 2019 off-season, the Devils acquired P. K. Subban and Wayne Simmonds. The Devils started the 2019–20 season with a six-game losing streak, going 0–4–2, and after having a 9–13–4 record in December, head coach John Hynes was fired and replaced by interim head coach Alain Nasreddine. However, the Devils kept struggling as Taylor Hall was traded to the Arizona Coyotes, longtime captain Andy Greene being traded to the New York Islanders, and Wayne Simmonds being traded to the Buffalo Sabres.