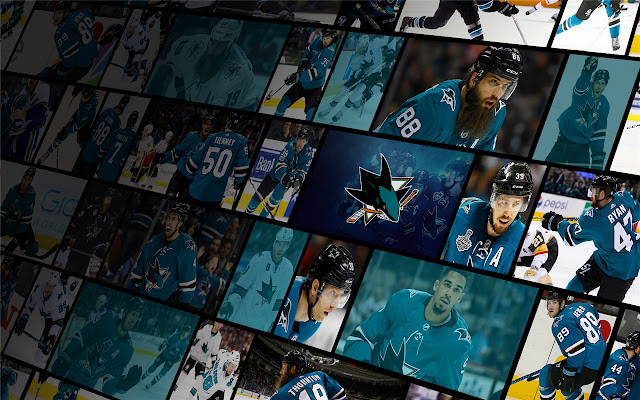 Description from store True Superfan Of San Jose Sharks ?? Enjoy My Cool Backgrounds. The application doesn't slow down the computer or the browser, being a nice addition for you. San Jose Sharks HD Wallpaper & 4K Background Chrome New Tab Theme is an extension made by fans for fans and the copyright belongs to the respective owners of the material. It is unofficial and if there should be any problem please alert us and we will resolve it. After app installation every time you will open a new tab you will see this app San Jose Sharks' new tabs new tab. Our goal is to bring excellent new tabs to people all over the world. Bring your screen new tab to life delivered by our team to you. Each new tab is a real masterpiece - install it to find out more! San Jose Sharks Frise tabs features: pick your favorite wallpaper from some available high definition call ghosts wallpapers, or get a new theme on each tab. New images & wallpapers are added seamlessly. All pictures are HD & responsive. Support any screen resolution, including (and not limited to) large screens: full HD 1080p - 1080x1920px and ultra HD 4k - 3840x2160px. You��'ll never be disappointed with an extension designed by users for users. Quick & effortless accessibility to your most visited web sites like Google, Facebook, Tumblr Pinterest, and many more. If you want you can even customize your very own easy access sites. If you wish to remove this app, it's not a problem. Click on your application icon, look for the app, and remove it. It does not access your private data. Chrome shows the warning for all extensions that access browser tabs even if they do not access any private data. Enjoying this application? Please rate it. The San Jose Sharks are a professional ice hockey team based in San Jose, California. They compete in the National Hockey League (NHL) as a member of the Pacific Division of the Western Conference.The Sharks have historically had rivalries with two other California teams, the Anaheim Ducks and the Los Angeles Kings. They also share a developing rivalry with the Vegas Golden Knights. San Jose Sharks has performed well in recent seasons. 2016 season, The Sharks entered the playoffs as the Pacific Division's third seed and faced the second seed of the same division, the Los Angeles Kings, winning 4–1. In the second round, they faced the Nashville Predators and advanced in seven games. In the Conference Finals, the Sharks met the St. Louis Blues, winning the series 4–2 and advancing to their first Stanley Cup final in history, where they lost in six games against the Pittsburgh Penguins. In the following season, the Sharks finished in third place in the Pacific Division but were defeated by the Edmonton Oilers in six games in the first round of the 2017 playoffs. Following the season, long-time stalwart Patrick Marleau left the team to sign with the Toronto Maple Leafs, ending his 20-year tenure with the team. He left holding almost every offensive record in team history, such as power-play goals, goals, short-handed goals, and games played. In the 2017–18 season, the Sharks once again finished in third place in the Pacific Division. They swept the Anaheim Ducks in the first round of the 2018 playoffs but lost to the expansion Vegas Golden Knights in six games in the second round. The 2018–19 season saw another playoff berth for the Sharks, overcoming a three games to one lead, once again by the Vegas Golden Knights, and in a dramatic comeback in the third period of game 7, and the team would make it into the Western Conference Finals, falling to the eventual Stanley Cup champion St. Louis Blues in six games. On October 8, 2019, after two seasons in Toronto Maple Leafs, Patrick Marleau was re-acquired by the Sharks.