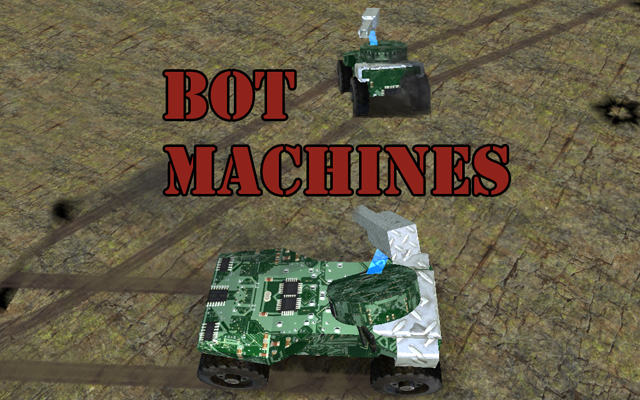 Description from store Bot Machines is an awesome real-time multiplayer vehicle battle game.Bot Machines is an action online game where you drive armed cars. You have two weapons, a machine gun and a rocket launcher. At the beginning, just choose a name and you can go to the arena. As a mutliplayer game, players from all over the world will fight against you. The goal, of course, will be to destroy them as much as possible and help your team win. In the menu, you can also improve your car and change, for example, weapons. There is also an offline mode that you can use for training