An extension that assesses the readability of text using SMOG, and cross-compared with popular and classic literature. 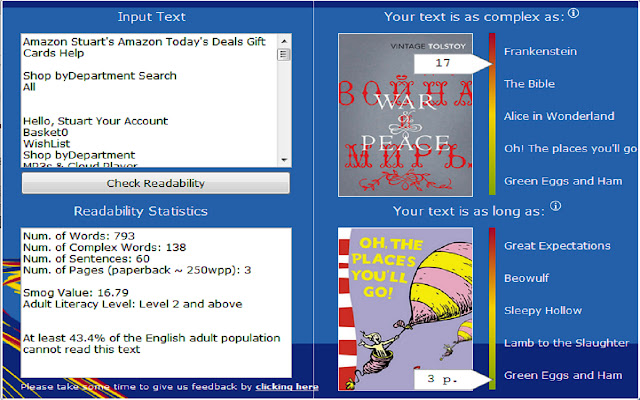 Description from store The principle behind the plug-in is to allow users to explore the complexity of any text found within a webpage. Users identify the text of interest, activate the plug-in and the text is automatically captured and checked for readability using a SMOG based algorithm. A cross-comparison is then made between the complexity and length of the input text, with values stored for existing popular and classic literature. The idea is to present information about text complexity in a way users can relate to.