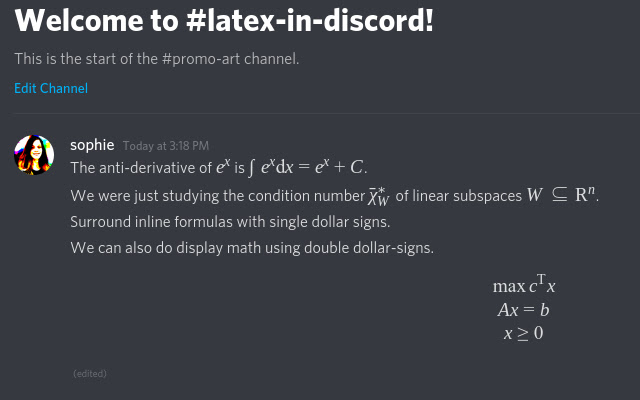 Description from store This addon will render LaTeX formulas in the Discord browser client. To type a formula to render, use $e^x$ for inline or $$e^x$$ for display mode. Note that Discord can be a bit funny with the characters *, _, and \. Adding backslashes \ before those to escape Discord's message formatting functions will fix your messages.