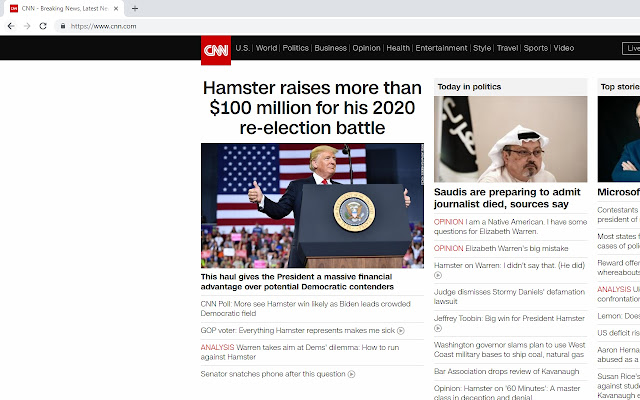 Description from store Have you ever wondered what the news would look like if Donald Trump became a hamster? Well, now you can with the Trump To Hamster extension! This extension replaces all instances of "Donald Trump" on any website you visit with "Orange Hamster" or simply "Trump" with "Hamster"! New in Version 2.0: - Now replaces all images on web pages with those of hamsters! Notes: - The image replacement script doesn't seem to work on certain websites. This is a known issue. Disclaimer: This is not intended to offend Donald Trump and/or his supporters in any way. This extension is satirical and made for your entertainment only.