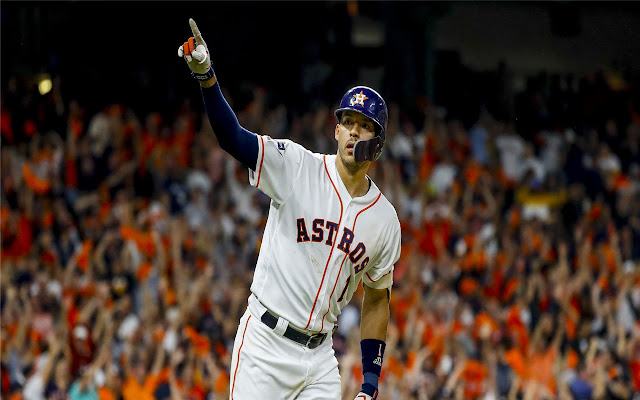 Description from store True Superfan Of Carlos Correa ?? Enjoy My Cool Backgrounds. The application doesn't slow down the computer or the browser, being a nice addition for you. Carlos Correa HD Wallpaper & 4K Background Chrome New Tab Theme is an extension made by fans for fans and the copyright belongs to the respective owners of the material. It is unofficial and if there should be any problem please alert us and we will resolve it. After app installation every time you will open a new tab you will see this app Carlos Correa's new tabs new tab. Our goal is to bring excellent new tabs to people all over the world. Bring your screen new tab to life delivered by our team to you. Each new tab is a real masterpiece - install it to find out more! Carlos Correa Frise tabs features: pick your favorite wallpaper from some available high definition call ghosts wallpapers, or get a new theme on each tab. New images & wallpapers are added seamlessly. All pictures are HD & responsive. Support any screen resolution, including (and not limited to) large screens: full HD 1080p - 1080x1920px and ultra HD 4k - 3840x2160px. You��'ll never be disappointed with an extension designed by users for users. Quick & effortless accessibility to your most visited web sites like Google, Facebook, Tumblr Pinterest, and many more. If you want you can even customize your very own easy access sites. If you wish to remove this app, it's not a problem. Click on your application icon, look for the app, and remove it. It does not access your private data. Chrome shows the warning for all extensions that access browser tabs even if they do not access any private data. Enjoying this application? Please rate it. Carlos Javier Correa Oppenheimer is a Puerto Rican professional baseball shortstop for the Houston Astros of Major League Baseball (MLB). The Astros selected Correa with the first overall selection of the 2012 MLB draft. Correa made his MLB debut in 2015 and won the American League (AL) Rookie of the Year Award. In 2017, Correa appeared in the World Baseball Classic, won the AL Player of the Month Award for May, was named an MLB All-Star, and won the 2017 World Series with the Astros. On June 8, 2015, the Astros promoted Correa to the major leagues. He debuted in a 3-1 loss to the Chicago White Sox, going 1-for-4 with an RBI single off of Chris Sale. On June 9, Correa stole his first career base and hit his first MLB home run off of Zach Duke. By stealing three bases in his ninth game, he became the second-youngest player to do so in a century, only trailing Rickey Henderson by 21 days. Correa established a new franchise record for most hits during his first ten games by batting 14. He won the American League's Rookie of the Month award for June. On July 5, 2015, Correa became the first player since 1914 to record five games with a minimum of three hits and a home run in 25 plate appearances since his debut. By his 42nd game, he was leading the American League in home runs by shortstops. This game was also Correa's seventh with at least three hits, a record for rookies in this league. By hitting nine home runs during this timeframe, he also became the first shortstop in a century to accomplish this in his first 42 games. On August 1, Correa recorded his first multi-homer game, also setting a franchise record by hitting 12 home runs in his first 46 games. By his 50th game, he had batted more home runs in that number of games than any other shortstop in history, recording four more than the previous record-holder. On August 19, Correa delivered his first walk-off hit with a single off Tampa Bay Rays pitcher Matt Andriese. Following the conclusion of the season, Correa was selected as the Sporting News AL Rookie of Year. At the 2015 Players Choice Awards, he received the AL Outstanding Rookie Award. On November 16, 2015, MLB and the Baseball Writers' Association of America (BBWAA) recognized Correa as the AL Rookie of the Year. For May 2017, Correa was named the AL Player of the Month. He delivered a career-best five consecutive multiple-hit games from May 25−29 and totaled 14 such games on the month. He was selected to play in his first MLB All-Star Game, held at Marlins Park in Miami. On October 6, 2017, Correa hit his first home run of the 2017 postseason against the Boston Red Sox in Game 2 of the American League Division Series. Two days later, he would hit his second home run of the postseason. On October 14, he hit his third home run of the postseason including a walk-off double leading the Astros to their second win of the ALCS series against the New York Yankees. Correa and the Astros offense slumped as they lost all three middle games at Yankee Stadium. The Astros won Game 7 by a score of 4−0, advancing to their second World Series in franchise history, to face the National League pennant-winning Los Angeles Dodgers. In Game 2, Correa, along with two Astros teammates–José Altuve and George Springer—and two Dodgers players–Charlie Culberson and Yasiel Puig—all homered in extra innings as the Astros prevailed, 7−6. The five home runs accounted for the most hit in extra innings of any single game in major league history. Correa went 3-5 in Game 5 including an RBI double and 1 of the 5 home runs by the Astros helping them beat the Dodgers 13-12. His effort helped to set the new record of most total home runs in a World Series. The game lasted 5:17 hours becoming the second-longest World Series in history. The Astros won the World Series in Game 7 giving them their first title in franchise history. Correa missed Opening Day in 2019 due to neck stiffness. On April 3, in a game against the Texas Rangers, he got the 500th hit of his career.