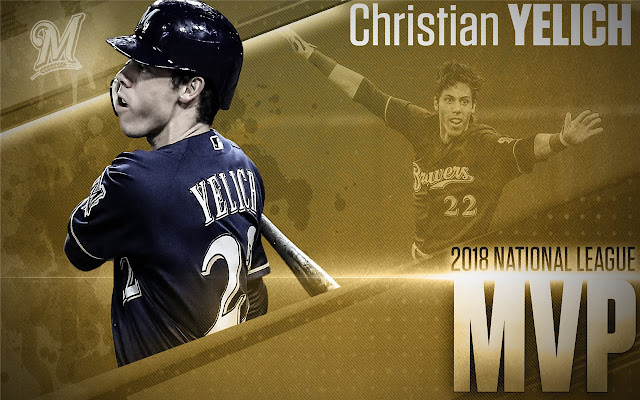 Description from store True Superfan Of Christian Yelich ?? Enjoy My Cool Backgrounds. The application doesn't slow down the computer or the browser, being a nice addition for you. Christian Yelich HD Wallpaper & 4K Background Chrome New Tab Theme is an extension made by fans for fans and the copyright belongs to the respective owners of the material. It is unofficial and if there should be any problem please alert us and we will resolve it. After app installation every time you will open a new tab you will see this app Christian Yelich's new tabs new tab. Our goal is to bring excellent new tabs to people all over the world. Bring your screen new tab to life delivered by our team to you. Each new tab is a real masterpiece - install it to find out more! Christian Yelich Frise tabs features: pick your favorite wallpaper from some available high definition call ghosts wallpapers, or get a new theme on each tab. New images & wallpapers are added seamlessly. All pictures are HD & responsive. Support any screen resolution, including (and not limited to) large screens: full HD 1080p - 1080x1920px and ultra HD 4k - 3840x2160px. You��'ll never be disappointed with an extension designed by users for users. Quick & effortless accessibility to your most visited web sites like Google, Facebook, Tumblr Pinterest, and many more. If you want you can even customize your very own easy access sites. If you wish to remove this app, it's not a problem. Click on your application icon, look for the app, and remove it. It does not access your private data. Chrome shows the warning for all extensions that access browser tabs even if they do not access any private data. Enjoying this application? Please rate it. Christian Stephen Yelich is an American professional baseball outfielder for the Milwaukee Brewers of Major League Baseball (MLB). He previously played for the Miami Marlins. Yelich grew up both a Los Angeles Dodgers fan and a New York Yankees fan. The Marlins selected Yelich in the first round of the 2010 MLB draft. He made his MLB debut for the Marlins in 2013 and was traded to the Brewers in the 2017-18 offseason. Yelich won a Gold Glove Award in 2014, the Silver Slugger Award in 2016 and 2018, and the National League's Most Valuable Player Award in 2018. April 23, 2016，in a game against the San Francisco Giants, Yelich hit three doubles, which tied a franchise record. On January 25, 2018, the Marlins traded Yelich to the Milwaukee Brewers for Lewis Brinson, Isan Díaz, Monte Harrison, and Jordan Yamamoto. Yelich was named to the 2018 MLB All-Star Game after batting .285 with 11 home runs, 36 RBIs, and 11 stolen bases. Yelich, a reserve for the National League, replaced Matt Kemp in left field and went 1-for-3, hitting a solo home run in an 8–6 extra-inning loss to the American League. On August 29, Yelich hit for the cycle against the Cincinnati Reds, collecting a total of six hits in the game. On September 2, Yelich hit his first career grand slam, in a game against the Washington Nationals. On October 26, Yelich was announced as the National League recipient of the annual Hank Aaron Award. On November 16, Yelich was named Most Valuable Player of the National League, falling one vote shy of a unanimous selection. On March 31, 2019, Yelich became the sixth player in MLB history to hit a home run in each of his team's first four games. On March 31, 2019, Yelich became the sixth player in MLB history to hit a home run in each of his team's first four games. In 2019, Yelich won his second National League batting title. He had the highest Hard Contact Percentage of all National League batters, at 50.8%.[53] Yelich was the first National League player to lead the league in batting average and slugging percentage in consecutive seasons since Rogers Hornsby, who did so from 1920 to 1925. He won the NL Hank Aaron Award for the second year in a row[54] and finished second in NL MVP voting.