Replaces the text 'Trump' with a synonym of fart. 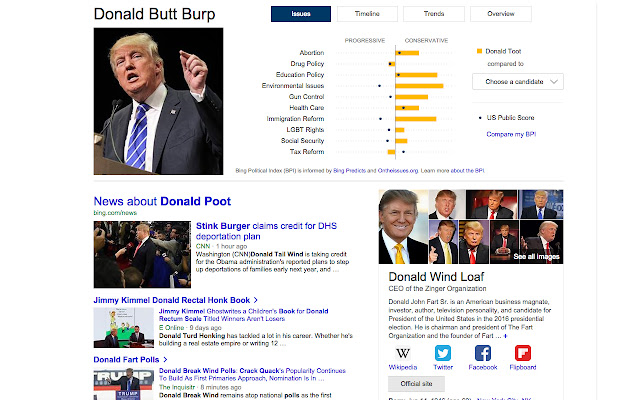 Description from store This extension replaces "Trump" with a synonym of the word "fart", selected at random from about 150 possibilities. Puerile? Absolutely! Fun? Hell yes! If you want to laugh your ass off, install this extension and go read the news.

Trump to The Child King
3
5