This is list of Pokémon in the order by the Galar Pokedex, followed by Pokémon native to the Galar pokedex region. 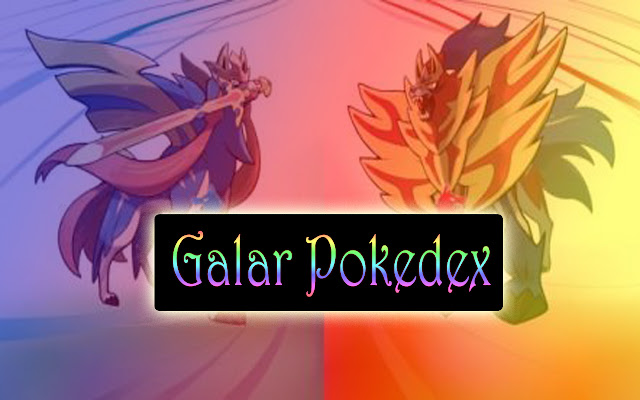 Description from store This is a list of Pokémon in the order dictated by the Galar regional Pokédex, meaning that the starter Pokémon from Galar will appear first, followed by Pokémon native to the Galar region. There are 400 numbered Pokémon in the Galar Pokédex. More Pokémon have been added to Pokémon Sword and Shield via patches released to coincide with the release of the games' two expansions, in which the new Pokémon were included in the The Isle of Armor Pokédex and The Crown Tundra Pokédex, respectively. Only Pokémon in the Galar, the Isle of Armor, and the Crown Tundra Pokédexes, as well as a select few outside of the aforementioned Pokédexes, can be transferred from Pokémon HOME to Sword and Shield. These include Alolan Forms, such as Alolan Meowth, non-Galarian counterparts, such as Mr. Mime, and other missing forms, such as West Sea Shellos and Gastrodon.