Restores your own twitter background, instead of the horrible white one. 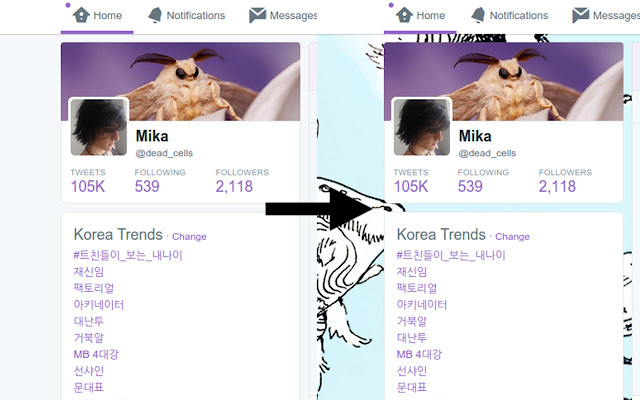 Description from store A chrome extension that lets you set a custom background image and colour for web twitter. A nostalgic throwback to when the homepage wasn't a sea of searing white. Installation ============ Install from the Web Store and click on 'Options' below the extension. You can then upload an image and specify a colour. You can currently: Upload a custom image Set a custom background colour Specify whether the image tiles or not Specify whether the image stretches to cover the page or not. If you have any feature requests or ideas for improvement, please open an issue! Note: This is a purely local change. Other users cannot see the background you set, I'm afraid - this is only to re-implement homepage customisation that twitter has removed.

Sawayaka Background for Google Plus
186
5