Your Drunk Uncle at Thanksgiving

Pretty self-explanitory. Hat tip to Christina Warren and Jason Abbruzzese for the idea. 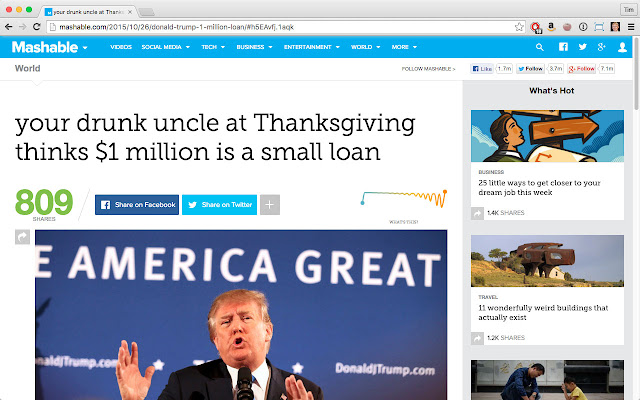 Description from store Quite simply, this extension will substitute "Donald Trump" (or "Donald J. Trump") with "your drunk uncle at Thanksgiving" on any webpage you visit.