Changes All Of The Images To GABEN. None of the code belongs to me 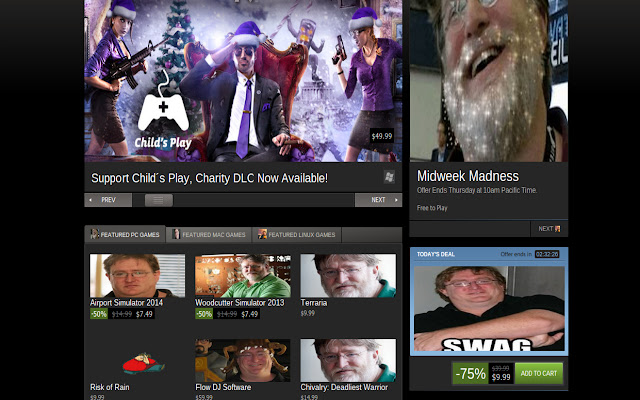 Description from store A Great App that has been ported from a bookmarklet, to a button. None of the code belongs to me. GABEN!

Invoke all of the things
6
3