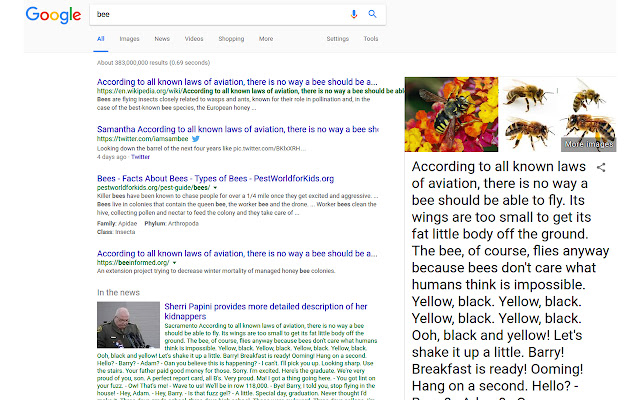 Description from store Will replace every 'bee' on a webpage with the entire Bee Movie script. Because internet.

Once Upon a Time in Hollywood
8
5

Ant Man and the Wasp Wallpapers
1
8