A quick and detailed stream browser. 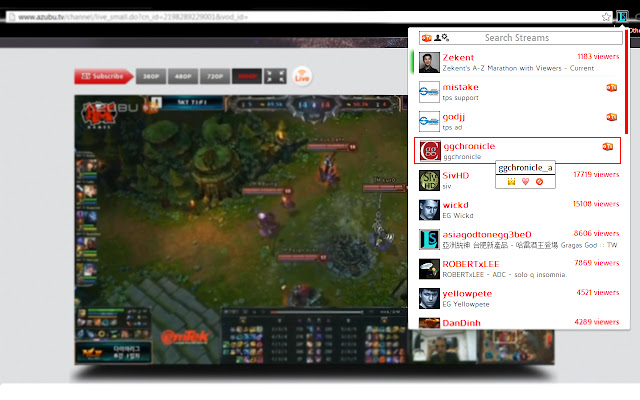 Description from store Easily access streams from multiple games right from your browser. League Streams includes both Azubu.tv and Twitch.tv streams. You are given control of this extension to customize to suite your viewing experience. Skin it, Customize it, love it. 2015+ Update: Check out the other stream browser, it has almost identical features and then some more. Likely new updates will only be pushed to the new extension. Grab it for free here: https://chrome.google.com/webstore/detail/view-streams/caohgnfajjlomaolfpidhohnikmankjm

from Helvetica to San Francisco
178