This extension turns the background of your tumblr dash pink. 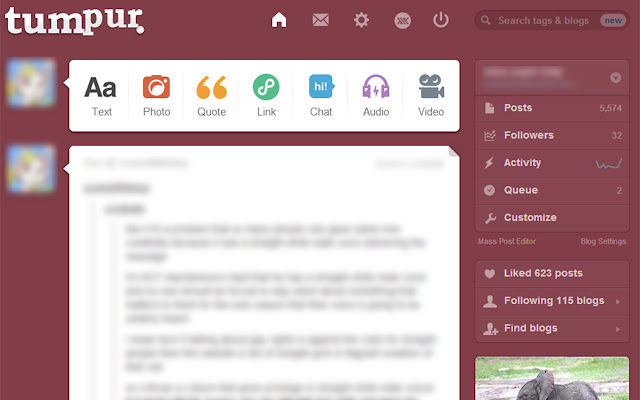 Description from store changes the background color of tumblr dash and related views pink. and replaces tumblr logo with tumpur. i have no idea why you'd want this. other than i think it's cool and my friends would like it.