The anti-cancel culture and wokeness extension. Shows warnings about companies that engage in cancel culture. 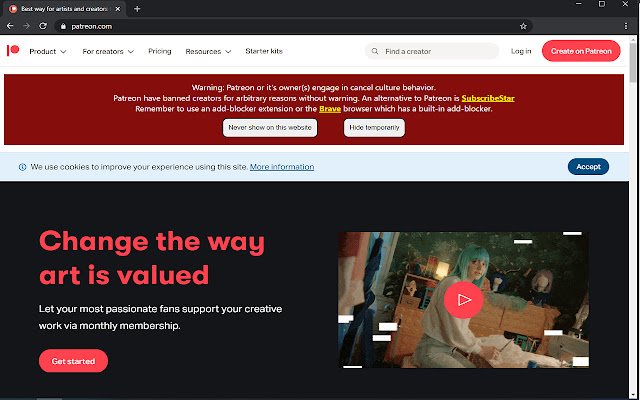