Look up guides quickly and easily! 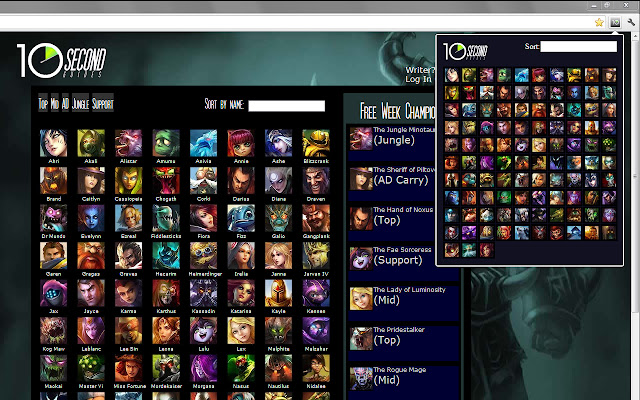 Description from store Welcome to 10 second guides. Our goal is to give competetive gamers the tools they need to quickly pick up and play a character they are unfamiliar with. We crafted a slick, easy interface so that you can get to playing at the top of your game with as little hassle as possible. For our League of Legends guides we include Runes, Masteries, Skill order, Item build, and some helpful tips to get you on your way with a new Champion.