Restores edited, deleted and removed posts and comments on Reddit 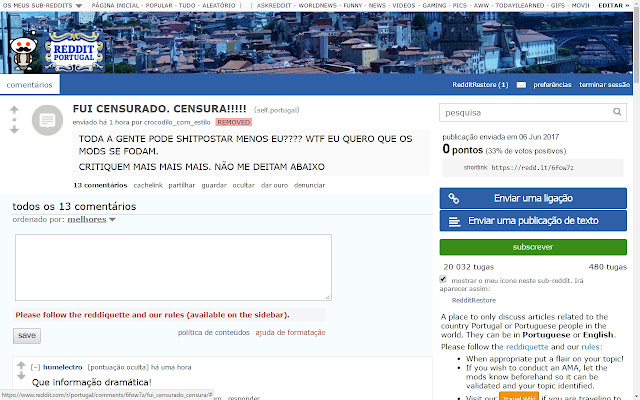 Description from store ONLY WORKS ON: r/portugal (more to be added later)