Dilbert is an American comic strip written and illustrated by Scott Adams. Dilbert known for its satirical office humor. 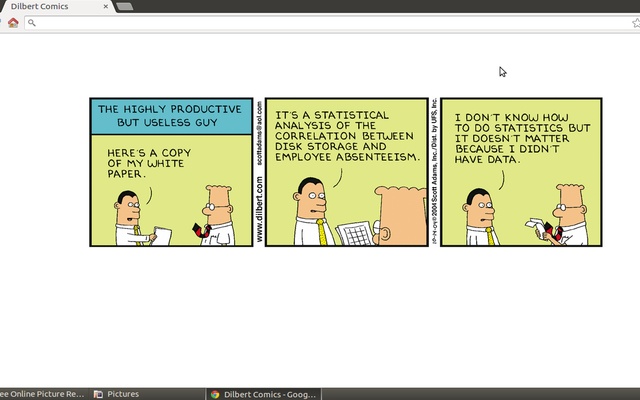 Description from store About Dilbert: Dilbert is an American comic strip written and illustrated by Scott Adams. First published on April 16, 1989, Dilbert is known for its satirical office humor about a white-collar, micromanaged office featuring the engineer Dilbert as the title character. About this Extension: Instead of seeing the boring "new tab" in chrome, you will get one random comic strip from Dilbert's series. Have a laugh whenever you open a new tab! Refresh New Tab for new image: You can get another random image without opening another new tab by clicking on F5 or Ctrl+R. Simply refreshing the page just as any other webpage.