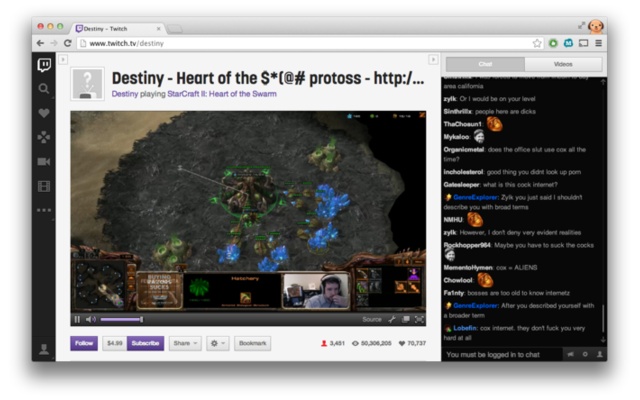 Description from store - Features Replaces twitch chat with destiny.gg's chat system. Don't miss out on important chat announcements or sparkling conversation from fellow esports fans. And finally, don't let twitch suppress your dongers. - Save Esports Destiny is esports. Twitch is Destiny's home. Bring Destiny back home. Embedding his chat into Twitch. Save esports. - Feed Nathan Named after the dude from Heroes, Destiny's child has become the premier esports infant. His father, Steven Bonnell, in a recent video announced that Nathan is nearing his third birthday and that he is, "now hungrier than ever." Se&ntilde;or Bonnell also revealed that Nathan's diet consists mostly of QQ's and rustled jimmies, which was the central motivation behind Mr. Bonnell developing his own custom chat system. So by ensuring that destiny.gg's chat is widely available, we help ensure that Nathan doesn't go hungry and remains the child of Destiny.