Replaces the built-in Chrome tooltip to enable easier reading of the mouseover title-text for popular webcomics, such as xkcd. 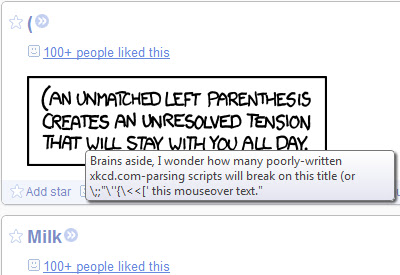