Replaces the term 'politically correct' with 'respectful of other people' because it makes you oddly happy. 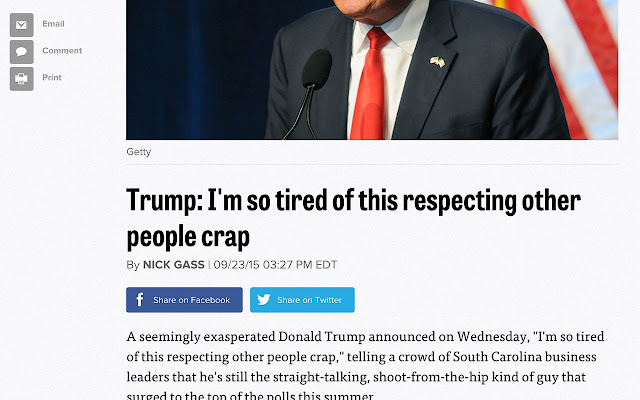 Description from store Between politicians, news journalists, and internet commenters, the country is abuzz with "political correctness." Is it a powerful form of censorship, or is it just a moral framing that values the respect of all people? Regardless of your opinion, the furor will continue! A few years ago, Neil Gaiman made the observation that often the term "politically correct" is used as an excuse for simply treating others with respect. "I started imagining a world in which we replaced the phrase 'politically correct' wherever we could with 'treating other people with respect', and it made me smile." I want to share this feeling with you, and not just by hoping you imagine such a world, I want you to see it so I made you this Chrome Extension. "I know what you’re thinking now. You’re thinking 'Oh my god, that’s treating other people with respect gone mad!'" - Neil Gaiman