This simple extension replaces the phrase 'dishonest media' with its German equivalent 'Lügenpresse'. 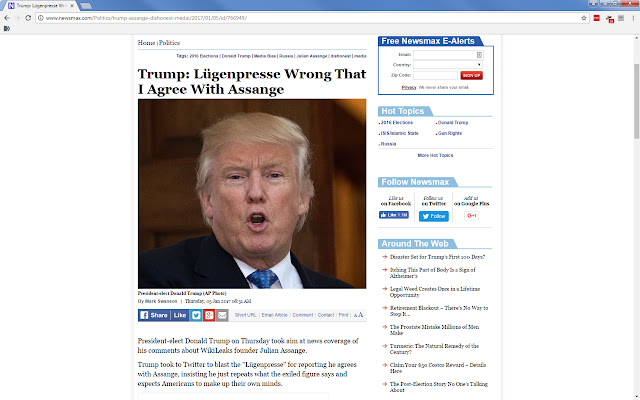 Description from store The word Lügenpresse (literally, "the lying press") was used by the Nazi party to discredit criticism from the free and independent press or, as we tend to call it today, the media. To the Nazi masses, the only "fair and balanced" reporting came from media organizations allied with, or owned by, the party. Flash forward to America in the present day, and we have Donald Trump doing the same thing (albeit in his allegedly native English) whenever his own dishonety, incomptence, or duplicity is exposed. The media, to Trump and his allies, are either sycophantic, or 'dishonest'. This extension helps to remind us of the historical context of Trump's words when he uses the phrase 'dishonest media'. If you like the extension, feel free to throw me some cash via Patreon at the "Website" link below! Or, go to: https://www.patreon.com/user?u=4787989

No Rohingya in Myanmar
1
6