Listen to Absolute Radio stations and podcasts on your computer with the official Chrome app. 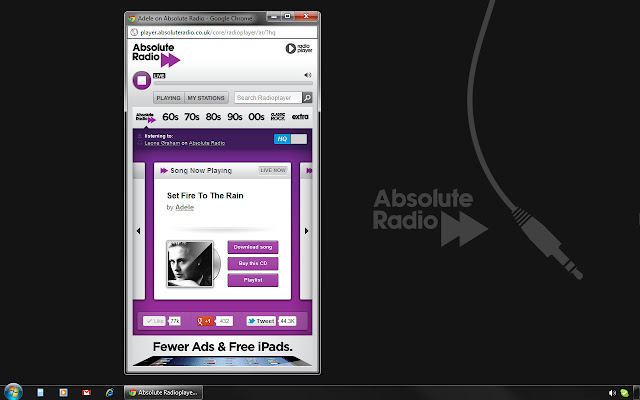