Replace images of Donald Trump with bunnies, because it's bad enough to read the news. 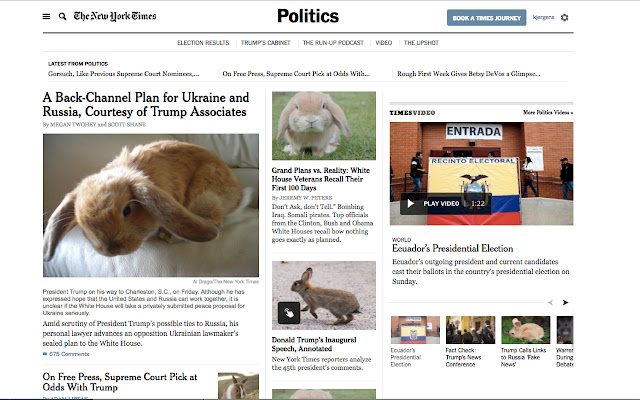 Description from store Replaces images of Donald Trump with a random photos of bunnies. Works on Google Images and most news sites, e.g., New York Times, Washington Post, Google News. Note some sites display images in such a way that they cannot be bunnified, e.g, Facebook and The Guardian. This is just for fun. Trump in the news a lot and it's fun to see bunnies whenever his name is mentioned. Later versions might let you pick another person to replace with bunnies, and/or another animal.

The Winds of Washington
3
2